In Mumbai, Yogi Adityanath met Bollywood celebrities. This was the agenda 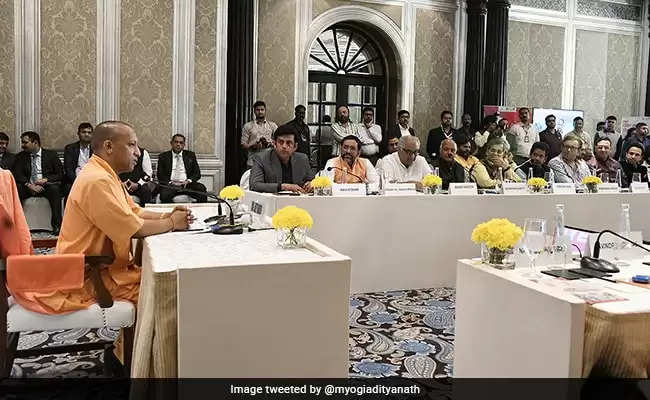 Yogi Adityanath met Bollywood celebrities. This was the agenda

Chief Minister Yogi Adityanath on Thursday extended an invitation to renowned members of the entertainment industry to visit Uttar Pradesh and learn more about the state's appeal as a location for movies.

The Chief Minister stated, "We have made two of your film fraternity members into MPs and we know the difficulties you confront and what needs to be done," when speaking with Bollywood actors in Mumbai. The nation's unity and sovereignty are maintained and the society is brought together through cinema.

The National Film Awards and the International Film Festival of India have recognized Uttar Pradesh as a state that is film-friendly, according to Mr. Adityanath, who is in Mumbai to promote an investor summit that will be held in Lucknow next month (IFFI).

In addition to a secure environment, he noted that the northern state had outstanding connections.

According to the Chief Minister's government's film policy, a web series that is filmed in Uttar Pradesh will receive a 50% subsidy. Similarly, a 25% subsidy is provided for the construction of studios and film labs.