Russian-Ukrainian war: Vladimir Putin has no doubt that Moscow will win despite military setbacks 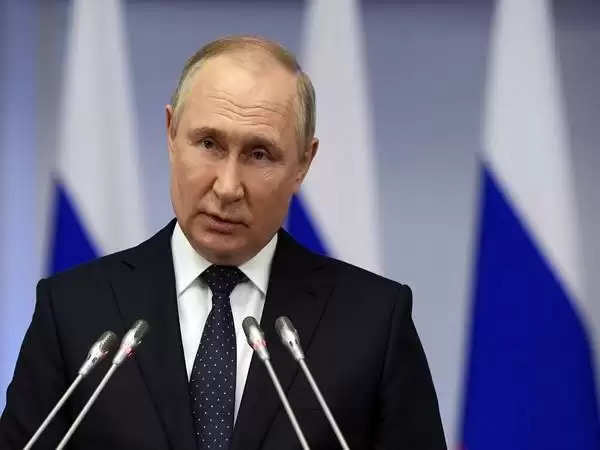 Russian President Vladimir Putin said on Wednesday that he has no doubt that Moscow will emerge victorious in Ukraine despite almost a year of military setbacks, Al Jazeera aggressively reported. . Putin, visiting an air defense systems factory in St. Petersburg, said he had no doubt that Russia would win the conflict - despite suffering military setbacks for nearly a year. - long attack. Victory is "guaranteed, I have no doubt about it," Putin told factory workers in Russia's second city, St. Petersburg, saying "the unity and solidarity of the Russian people, the courage and heroism of the fighters and, of course, the work of the military industry will ensure victory.

The statement comes as Ukraine grapples with the fatal loss of its interior minister. Ukrainian Interior Minister Denys Monastyrskyy is among at least 14 people killed after a helicopter crashed in a US suburb. Officials in Kyiv said on Wednesday. President Volodymyr Zelenskyy called the crash a "tragedy" and authorities launched an investigation, CNN reported. Wednesday's crash in the Ukrainian city of Brovary, the incident killed one child and injured 25. Monastyrskyy, 42, was in charge of the police of Ukraine.and other emergency services. He is the most serious Ukrainian casualty since Russia launched its offensive last February. It was not immediately clear what caused the helicopter, which authorities said was on its way to front-line positions in the eastern part of the country, to crash. Ukrainian officials made no reference to any Russian attack in the region at the time and said they had launched an investigation, Al Jazeera reported.

Prime Minister of Ukraine Denys Shmyhal said that the country's police chief Ihor Klymenko was appointed as the acting minister of internal affairs. Zelenskyy urged Western leaders to take faster decisions to resist Russia's war and support Kiev with heavy weapons, saying in a virtual speech at the World Economic Forum in Davos that "tyranny will defeat democracy." The United States is expected to announce one of its largest military aid packages to Ukraine in the coming days, according to officials. Kyiv has demanded modern tanks, which the US has not yet agreed to comply with, although Britain and Poland have said they will, CNN reported. Putin previously participated in an event organized in honor of the 80th anniversary of the World Revival with veterans.

Al Jazeera reported on the World War II siege of Saint Petersburg, then known as Leningrad, which was besieged by Nazi German forces for nearly 900 days. He told the war veterans that Russia is fighting to protect ethnic Russians and Russian-speakers in Ukraine, who Moscow says are systematically discriminated against in Ukraine. At the same time, Kyiv denies the claim, saying that the Kremlin simply used it as a pretext for an aggressive land grab.

However, Russian Foreign Minister Sergei Lavrov said Moscow sees no chance for peace talks and reiterated the Kremlin's position that talks with Zelensky's government cannot be held. Russia has said that negotiations are possible only if Ukraine recognizes Moscow's demands for Ukrainian territory in the east and south of the country. Kyiv says it will fight until Russia withdraws all its troops, Al Jazeera reported.