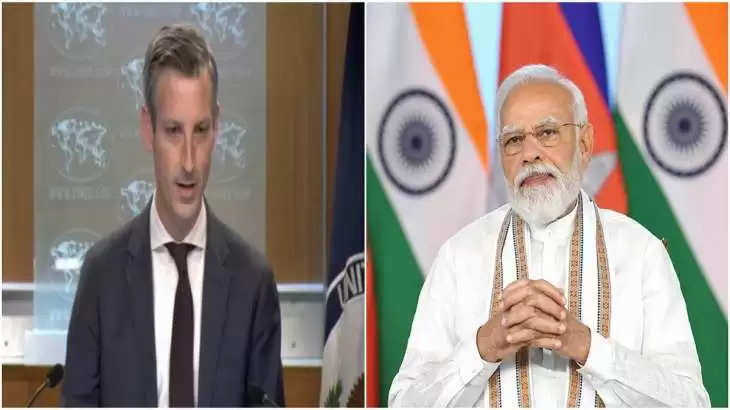 According to a US State Department spokeswoman, while the US is unfamiliar with the BBC programme, it is aware of the shared "democratic ideals" that unite Washington and New Delhi.

Prime Minister Narendra Modi was the state's chief minister at the time of the 2002 Gujarat riots, according to the contentious two-part BBC documentary series dubbed India: The Modi Question.

Ned Price, a spokesperson for the US State Department, told reporters at a news conference held here on Monday that Washington and New Delhi had a "exceptionally deep partnership" built on principles shared by both the US and Indian democracies.

When Price was questioned by a Pakistani journalist, BBC's documentary Price responded, "I'm not aware with the (BBC) documentary you're referring to (about the riots in Gujarat in 2002). I am extremely aware with the common ideals that unite India and the United States as two strong, functioning democracies.

What I'll say in broad strokes is that the worldwide strategic alliance we have with our Indian partners is supported by a lot of factors. Strong political relationships exist. Economic links exist. The US and India have incredibly strong people-to-people ties, he continued.

The BBC Two broadcaster described the first of the two-part series, which aired last week, as "a look at the tensions between Indian PM Narendra Modi and India's Muslim minority, investigating claims about his role in 2002 riots that left over a thousand dead." The broadcaster is funded by UK taxpaying citizens.

Tuesday's airing of the second installment of this series is billed as a "look at the difficult relationship between Indian PM Narendra Modi's government and India's Muslim minority following his re-election in 2019."

The BBC Panorama documentary, which has not been broadcast in India, has been denounced by the Indian government as being a "propaganda piece" with dubious motivations.

"We believe that this is propaganda intended to advance a certain discredited story. Bias, a lack of objectivity, and a persistent colonial attitude are obviously evident, according to MEA spokeswoman Arindam Bagchi.

Prime Minister Modi was defended last week by UK Prime Minister Rishi Sunak in response to the BBC documentary, saying that he "didn't agree with the characterization" of his Indian counterpart.