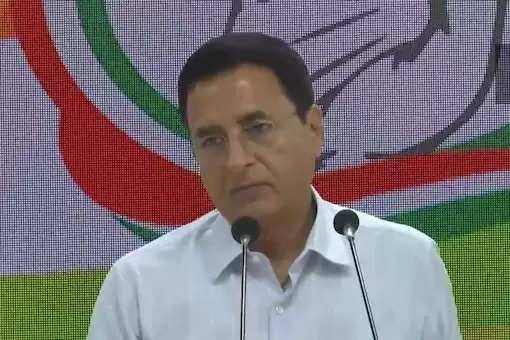 Congress general secretary in-charge of Karnataka Randeep Surjewala on Monday claimed that BJP is "panicked" over his party's guarantees of 200 units of free power and Rs 2,000 crore. in cash monthly to all households and dared to implement it in the country as well.

"We urge PM Modi and BJP president JP Nadda to implement our guarantee in BJP-ruled states," he said.

"Is this another panic reaction to a Congress guarantee or a Chela (disciple) defying the Guru? Either way, it will be interesting to see BJP leaders running one after the other," he said after the Congress announced these promises before the Congress. in a meeting national election later this year.

"CM Bommai, Power Minister and all BJP leaders are panicked and scared because of the popularity of the first two guarantees of the Karnataka Congress - Grih Jyoti - 200 units of electricity free to every household, Grih Laxmi - Cash transfer of 2000 rupees to every household," Surjewala said on Twitter.

The Congress in Karnataka on Monday promised to pay Rs 2,000 a month to every female head of a family if the party is voted to power in the state in the upcoming assembly elections.

The announcement was made at a convention attended by Congress leader Priyanka Gandhi Vadra, who said that Rs 2000 a year would be deposited directly into their bank accounts under the Gruha Lakshmi Yojana, an "unconditional universal basic income".

The promise comes days after the Congress promised 200 units of free electricity every month to every household in the state where assembly elections will be held in May.

Surjewala also asked why the BJP "resisted" the "guarantees" of the Congress.