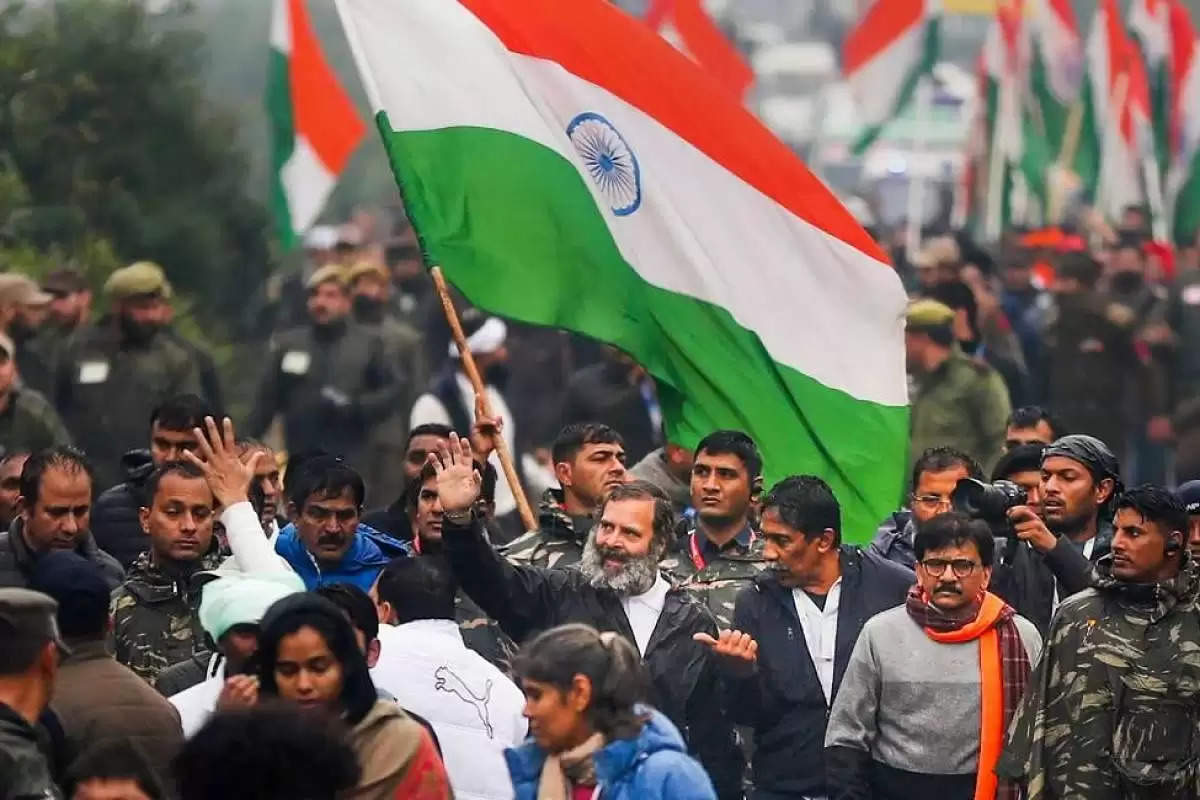 The Bharat Jodo Yatra led by Congress President Rahul Gandhi resumed from Hiranagar in Jammu and Kashmir's Kathua district on Sunday as heightened security followed the blasts in Jammu. After a gap of one day, the foot march started as planned at 7 am from Hiranagar near the international border along the Jammu-Pathankot highway, which was cordoned off by police and other security forces.

Accompanied by J-K Pradesh Congress leader Vikar Rasool Wani, working president Raman Bhalla and hundreds of tricolor-wearing volunteers, Gandhi reached Tapyal-Gagwal in Samba district around 8:00 am. after crossing the Londi checkpoint and was met by excited workers and supporters. equally the edges of the road.

After covering a distance of about 25 km, the march will halt at Chak Nanak for the night before it starts again from Vijaypur in Samba towards Jammu, where it will reach on Monday. Officials said Gandhi has adequate security arrangements and police, CRPF and other security agencies are keeping a tight vigil to ensure a peaceful march. Security has been beefed up in Jammu and Kashmir after two bomb blasts injured nine people in the Narwal area on the outskirts of Jammu city on Saturday.

Police suspect that two explosives using protective films were used on an SUV and a vehicle parked at a repair shop at a nearby dump in the Transport Nagar area of ​​Narwal. The terror attack comes at a time when security agencies in the region are on high alert after the Congress Yatra and the upcoming Republic Day celebrations.

The march started from Kanyakumari on September 7 and reached Jammu and Kashmir of Punjab on Thursday. The Yatra is expected to end in Srinagar on January 30 when Gandhi will hoist the national flag at the Congress headquarters.