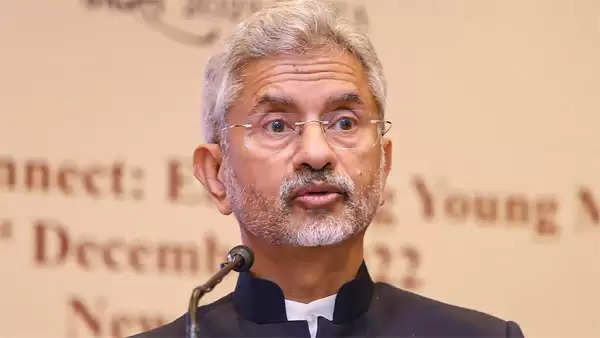 On Monday, External Affairs Minister S Jaishankar praised former Prime Minister Atal Bihari Vajpayee's handling of the diplomatic situation that followed the nuclear tests in 1998 and asserted that India had engaged all of the major nations of the world within two years.

Jaishankar also praised Vajpayee's time as India's external affairs minister and his role in fostering the country's relations with the US and Russia while serving as the moderator of the third Atal Bihari Vajpayee memorial lecture, which was presented here by former Singaporean diplomat Bilahari Kausikan.

The minister of external affairs stated that the core principles of mutual respect, sensitivity, and interest that are currently being discussed in terms of the modus vivendi with China, a Much of it is attributable to Vajpayee.

Jaishankar praised Vajpayee's realism in using all of the resources at his disposal to truly try to build a foundation of partnerships in this region that would very openly abjure terrorism, claiming that Vajpayee was never "impervious" to the threats posed by terrorism.

The external affairs minister advised people to consider the diplomacy that followed the 1998 Pokhran nuclear tests in addition to the testing themselves.

"Within two years of the testing, we had contacted every major nation on the planet and had successfully won them over. When President (Bill) Clinton, prime minister (John) Howard, prime minister (Yoshiro) Mori, and president (Jacques) Chirac paid you a visit. It was in fact the post-test diplomacy, from which I believe everybody working in the field of diplomacy should learn from, he said.

"I was stationed in Japan at the time, and the nuclear tests had a very negative impact on our relationship. Even now, as I reflect on that relationship, I am astounded by the wisdom and maturity with which Prime Minister Vajpayee got all of us to approach that particular challenge, said Jaishankar. "But we always drew from the prime minister's confidence that we would find a way to settle it down," he added.

In May 1998, India tested five nuclear weapons using cutting-edge technology at the Pokhran range in Rajasthan.

Vajpayee, according to Jaishankar, altered relations with the US in the immediate post-Cold War period. He claimed that Vajpayee also brought stability and continuity to our relations with Russia.

Former Singaporean Ministry of Foreign Affairs Permanent Secretary Kausikan gave the speech. At the National University of Singapore, Kausikan is the chairman of the Middle East Institute.

We are all faced with two unavoidable realities, according to Kausikan's lecture. No nation can avoid cooperating with both the US and China, to start. And dealing with both issues at once is a requirement for addressing successfully with either. "He said that without engagement with China, the US would well take "us for granted." He claimed that without the US, there can be no balance to China anywhere.

In the case of a large country like India, the latter alternative may be less likely, but it is still a possibility, he added.

"Second, I am aware of no nation that is not worried about some aspect of American and Chinese behavior. The issues are not the same, they are not always expressed, they are not held with the same level of passion, "added he.

"In fact, they are frequently openly refuted. But they do exist, even in the closest allies of the United States and in countries that depend heavily on China. interacting with powerful nations We must labour but do not fully trust require strategic autonomy, according to Kausikan.

Even the closest allies of the United States are moving in that direction, according to Kausikan.

This does not imply that alliances or less formal agreements, such as the Quad, would disintegrate, but rather that they will loosen over time as nations seek to maintain the broadest possible range of options for themselves, including the nuclear option for those who can, he added.

He observed that very few, if any, nations will formally commit to cooperating with a single great power on all fronts.

This will promote the world's inherent multipolarity, and as he pointed out, "our region is a naturally multipolar zone."

claiming that multipolarity however, not to be symmetrical According to Kausikan, the US and China will continue to have a central position in the global order.

The international order will become more flexible, he said, and it is unlikely that the system that develops around the central axis would have the same definition as the bipolar Cold War framework.

According to Kausikan, it is becoming more and more challenging to categorically label interactions as friendly or hostile.

According to him, ambiguity is a fundamental aspect of relationships where interdependence forges strong links but their very strength exposes weak points.

Although globalization is under pressure, the more doomsday-style forecasts about its impending destruction are unfounded, according to him.

Politics, whether local, national, or global, have been more challenging for Almost everyone, said Kausikan.

However, he argued that the technologies that fuel globalization and interdependence cannot be unlearned and have a unique dynamic that can only be slowed.

He predicted that as nations struggle with factors such as politics and economics that push them in opposite directions, international interactions will grow increasingly challenging.

"I think a dynamic multipolar order is beginning to emerge. Along the central axis of US-China relations, shifting combinations of regional middle powers and smaller nations will continuously arrange and rearrange themselves in a variety of and overlapping patterns, occasionally tilting in one direction, occasionally tilting in the opposite direction, and occasionally going their own way, ignoring both the US and China as their interests in various domains and circumstances dictate, "said he.