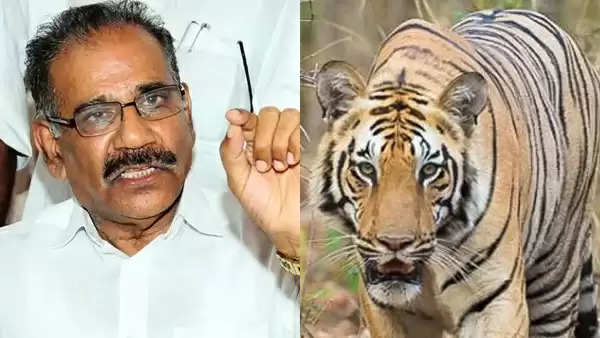 Forest Minister A K Saseendran's recent decision to seek measures to control the population of wild animals, especially tigers, as overpopulation is the cause of increasing human-animal conflicts, has raised concerns among environmentalists who fear mass killing. to silence the true causes. In a recent all-party meeting, Saseendran said that the reason for man-animal conflicts is the growing population of wild animals, especially tigers, in the Wayanad Wildlife Sanctuary.

Human lives are more important, so wild animals that pose a threat should be killed, including tigers. The government is considering moving the Supreme Court to get permission to kill tigers. Saseendran further said that the forest department has already decided to move some Wayanad tigers to the Periyar Tiger Reserve in Thekkady. The government is also considering moving them to the Parambikulam Tiger Reserve. Environmentalists, however, claim that no scientific study has been done on the overpopulation of tigers or other wild animals in Wayanad or other forests.

The killing of tigers is also prohibited under the Wildlife Protection Act (WPA) unless it is declared a man-eater. Activists criticized the minister for his remarks asking him to stop illegal mining, resorts, and other activities on the forest fringes to ensure the free movement of animals. However, Saseendran justified his claim by saying that it was the duty of the government to protect its people.