PM Modi and the Dy. CM of Bihar offer their condolences for the passing of former JD(U) leader Sharad Yadav 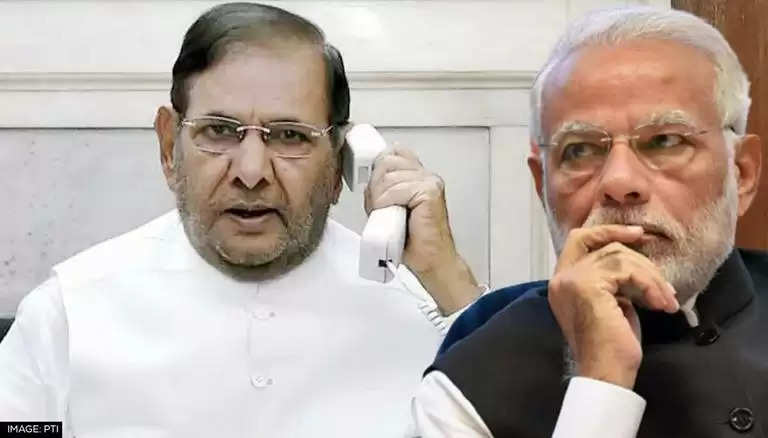 Sharad Yadav, a seasoned politician and the former leader of the JD(U), passed away on Thursday at a Gurugram private hospital, according to family sources. He was 75.

His wife, son, and daughters all survive him.

Yadav was rushed to the emergency room dazed and unresponsive, according to a statement from the Fortis Memorial Research Institute.

"He had no pulse and no detectable blood pressure upon assessment. He received CPR according to ACLS guidelines. Despite all efforts, he could not be saved, and at 10:19 p.m., his death was officially pronounced "The declaration read.

According to Yadav's friends, he passed away at Fortis hospital in Gurugram on Thursday night after collapsing at his home in Chhatarpur.

The seasoned socialist politician had kidney problems for a long period and frequently underwent dialysis.

"Saddened by Shri Sharad Yadav Ji's death. He made a name for himself as an MP and Minister over his extensive time in public life. His admiration for Dr. Lohia's principles was profound. I will always value our exchanges. Greetings to his loved ones and admirers. Osho Shanti "Tweeted he.

Yadav's death, according to Congress President Mallikarjun Kharge, bolstered the politics of quality.

The Congress added that the loss Yadav's death has caused to Indian politics cannot be repaired.

"The premature death of Mandal Messiah, a great socialist leader who my guardian admired, Sharad Yadav ji, has pained me. I can't even speak "He used Hindi to tweet.

The RJD leader claimed to have spoken with his family.

The whole Samajwadi brotherhood is with his family members in this time of bereavement, he declared.