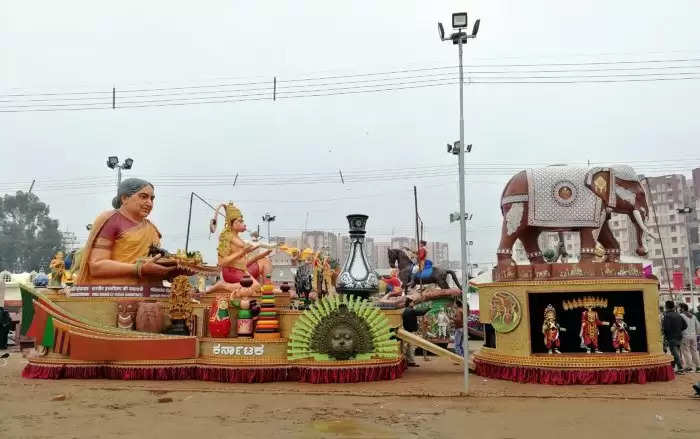 The Union government's decision to ban Karnataka from displaying its flag at the Republic Day parade this year has created a row in the state as the opposition Congress opposes Basvaraj. Bommai-led Bharatiya Janata Party (BJP) government.

Almost no parade in Karnataka for the first time in 13 years. The government proposed to show the variety of millet of the state through a parade board for the Day of the Republic. Last year, the state office was rated the second-best "cradle of traditional crafts".

The opposition attacked Basavaraj Bommai, and the Union and state governments tried to emphasize that it was not a rejection in itself, but the decision was based on an election process and there was no political interference.

According to NDTV, Union Minister Prahlad Joshi said, "Out of all the states and union territories that want to participate, about 12 will be selected. Karnataka gets it for 13 years. If all the states get it every year, we will have 36 plaques. The parade will go for 4-5 hours. There is no political or bureaucratic interference in this election process and it is done by experts so it is not right to create controversy about it.

"Furthermore, if we compare the list of states that participated last year and the states selected this year, it is clear that all three states awarded in 2022 will not be selected this year per year. And apart from the three states, other states that participated last year will not be selected," news agency PTI reported Naveen's words.

Congress leader and Leader of the Opposition in Riigikogu Siddaramaih attacked the Bommai government. "It is unfortunate to know that Karnataka will not participate in this annual Republic Day parade. The rejection of the Karnataka billboards reflects how serious the Karnataka BJP is in protecting the pride of our state," he said in a tweet on Saturday, January 7.

He further claimed that the "rejection" of the Karnataka billboard was the result of the "incompetent and weak" Bommai government.

Another Congress leader and Rajya Sabha MP L. Hanumanthaah also fell for the BJP-led union government. "He does not believe in sharing power between different governments. This is really unfortunate. Every BJP state and the non-BJP state has the right to represent its own banner in the Republic Day parade," he said, according to NDTV.

A government official told Deccan Herald that Karnataka is "perhaps the only state in the country" that could show the state's culture through posters for 13 consecutive years.

"In these years [paintings] won prizes for their subject. The state won first prize, second prize four times, and third prize three times for the painting of the Gommateshwara statue at Shravanabelagola in 2005,” the official said.