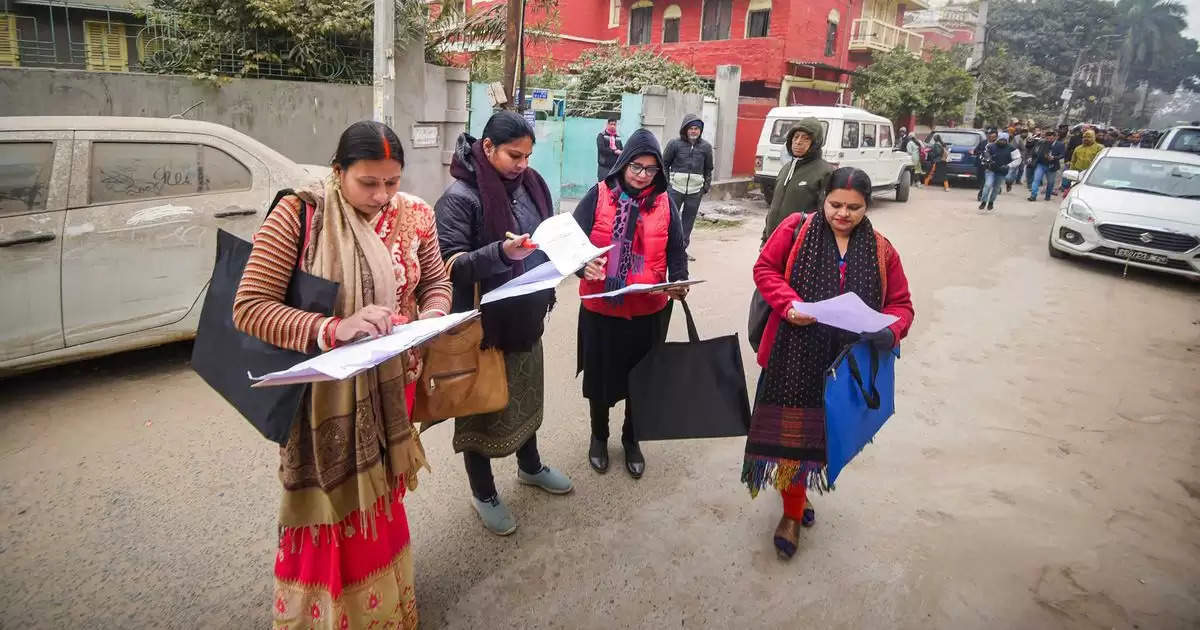 Proponents of a caste-based census argue that social policies must be channeled and schemes implemented effectively.

The first phase of Bihar's caste-based census began on Saturday.

This exercise has a political undercurrent. The coalition government in the state, consisting mostly of Mandali-era parties led by Other Backward Classes and the Bharatiya Janata Party, is expected to be the other side of this political dispute. "Mandal" is often used to refer to policies related to caste equality, referring to the Mandal Commission which made reservations for OBCs.

The ruling Mahagathbandhan sees the potential political benefits of a caste-based census to help identify the true population of other backward classes in the state and thus help guide more policies such as expanded quotas. The "Mahagathbandhan" coalition consists mainly of Prime Minister Nitish Kumar's Janata Dal (United) and the Rashtriya Janata Dal led by his deputy Tejashwi Yadav.

What information will be collected?

The information on all castes, religions, and economic backgrounds, e.g., on the number of family members living in the state and outside the state will be collected in the second phase in April.

The exercise, which covers about 12.7 million people in 38 districts, counts only castes and not sub-castes, Kumar said.

Why is Bihar conducting a caste census?

The United Progressive Alliance government at the Center conducted a socio-economic and caste census in 2011. However, data for this exercise was not released due to calculation errors.

The Bihar government had earlier said that it was difficult to accurately estimate the population of Other Backward Classes at that time because the census does not collect data for every caste in India. In fact, the last census that officially collected complete information on castes was in 1931.

Therefore, proponents of a caste-based census argue that the exercise is necessary to guide social policies and implement schemes according to population. "Scientific data collected through caste surveys would facilitate state budgeting tailored to the welfare of the oppressed classes and better implementation of welfare schemes," Yadav said. "That's our big goal."

As part of this political push, Kumar in November also called for removal of the quota cap, which limits caste-based reservations to 50 percent of seats or jobs. "We have always been in favor of quotas," said Prime Minister Kumar. "But it's time to raise the 50 percent limit. The restriction disenfranchises OBCs [Other Backward Classes] and EBCs [Extremely Backward Classes] in relation to their population."

Why has this come up now?

Caste-wise census is a long-standing demand and decision. as praised by the Bihar Legislature Assembly its unanimous approval in 2018 and 2019.

Kumar, one of the leaders of the Mandal movement in the 1990s, the demands were seamless between his Janata Dal (United) and the BJP when they were allies until August 2021. In 2021, a state delegation also met Prime Minister Narendra Modi to demand such an exercise across the country, but the BJP-led Union government rejected the demand. The Bihar Mahagathbandhan government continued the exercise at the state level.

It is widely believed that the backward classes in India are undervalued and therefore do not get their proportionate share of benefits. Kumar and Yadav - who reunited under the Mahagathbandhan banner in August to form the state government - were keen to count caste as a large chunk of their voters belongs to that segment and caste equality is a core ideology. party like Rashtriya Janata Dal.

"The RJD may have found that the so-called dominant OBC groups like the Yadavis may not have had enough to match some of the smaller EBC communities," said journalist and author Saba Naqvi. "But the RJD would be ready to bite because it is basically a Mandali-era party with social justice as its main ideology."

What is BJP's stand on the caste-based census?

Contrary to Mahagathbandhan, BJP wants to avoid caste enumeration as it could hurt it politically. "A caste census would show a higher number of OBCs and a decline in the number of upper castes and this may eventually trigger the demand to remove the 50 percent reservation," Naqvi explained. "This will make the RSS/BJP very worried."

The upper castes are considered the BJP's strongest vote bank.

In 2018, the BJP-led union government announced that it would include caste as a category in the 2021 census. However, it later withdrew without giving a reason.

Psychologist and politician Yogendra Yadav later explained that the ruling "caste order" feared a caste census because it would reveal "the social, educational and economic privileges of upper caste Hindus".

In fact, the BJP attacked Kumar for demanding an end to the 50% reservation ceiling. "The Hon'ble Prime Minister is clearly not content to cater to the poor upper castes," BJP spokesperson Arvind Kumar Singh asserted in response to Kumar's demand. "He speaks the language of his current ally RJD."

As in the 1990s, when the BJP used its 'Kamandal' formula - a metaphor for Hindu politics - in the post-Mandal era, the party is hoarding all Hindu voters rather than seeing the backward castes vote. separately.